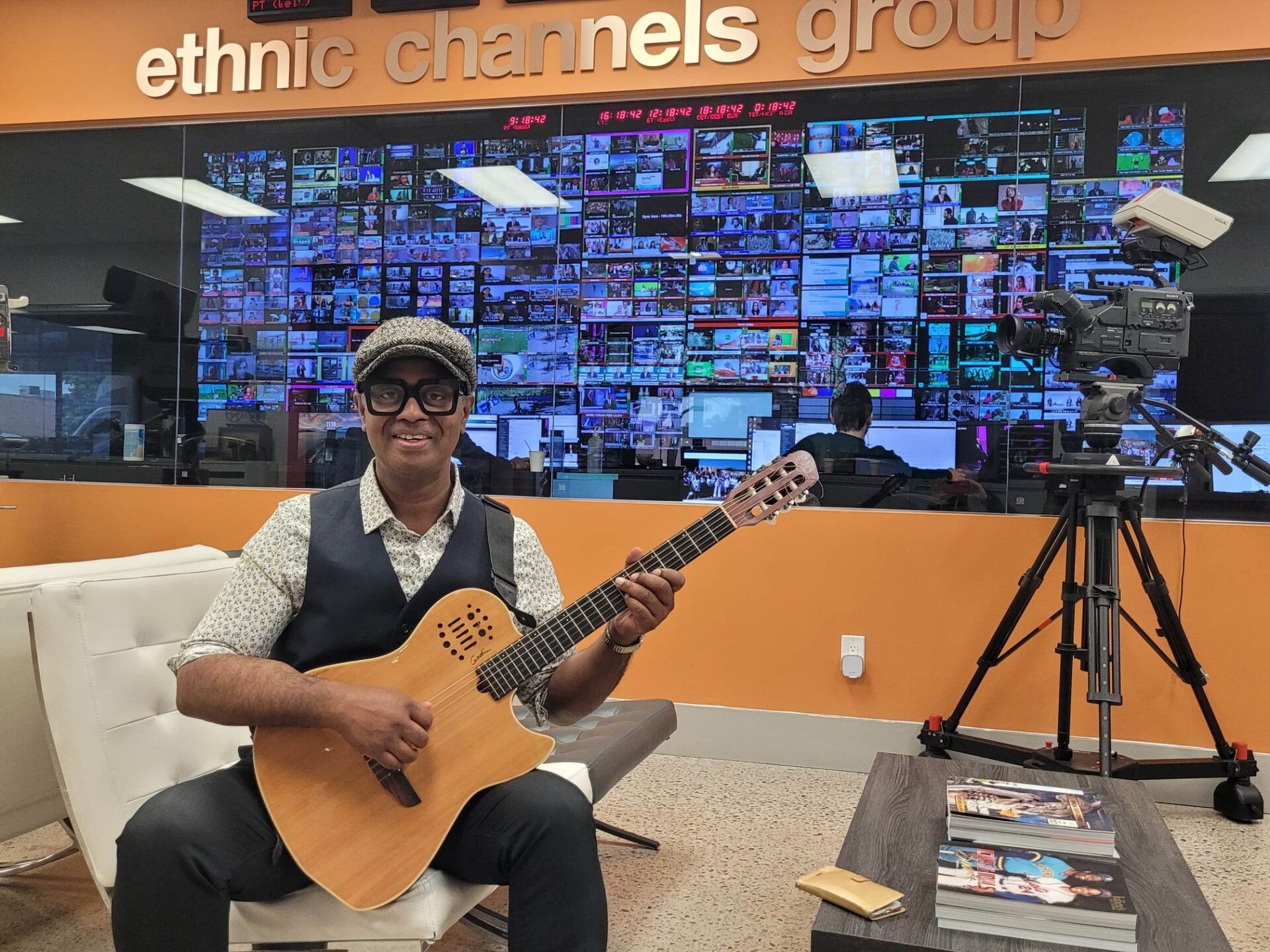 Last week, a special guest came to the ECG Productions studio – a well-known musician, singer and composer Donne Roberts from Toronto. He took part in the filming of the kid’s puppet show “Mama Canada” Season two. This episode will be devoted to music and notes. Donne Roberts has twice won Juno Awards – this is one of the most prestigious music awards in Canada. Donne has also been nominated for this award four times. So it was not difficult for him to explain to our younger audience what notes are and how new tunes are created. Specially for the Mama Canada series Donne performed his famous song “My Friend Malembo” and we were enjoying watching how all our characters including Professor and even strict Aunt Peggy could not resist dancing to this cheerful song!