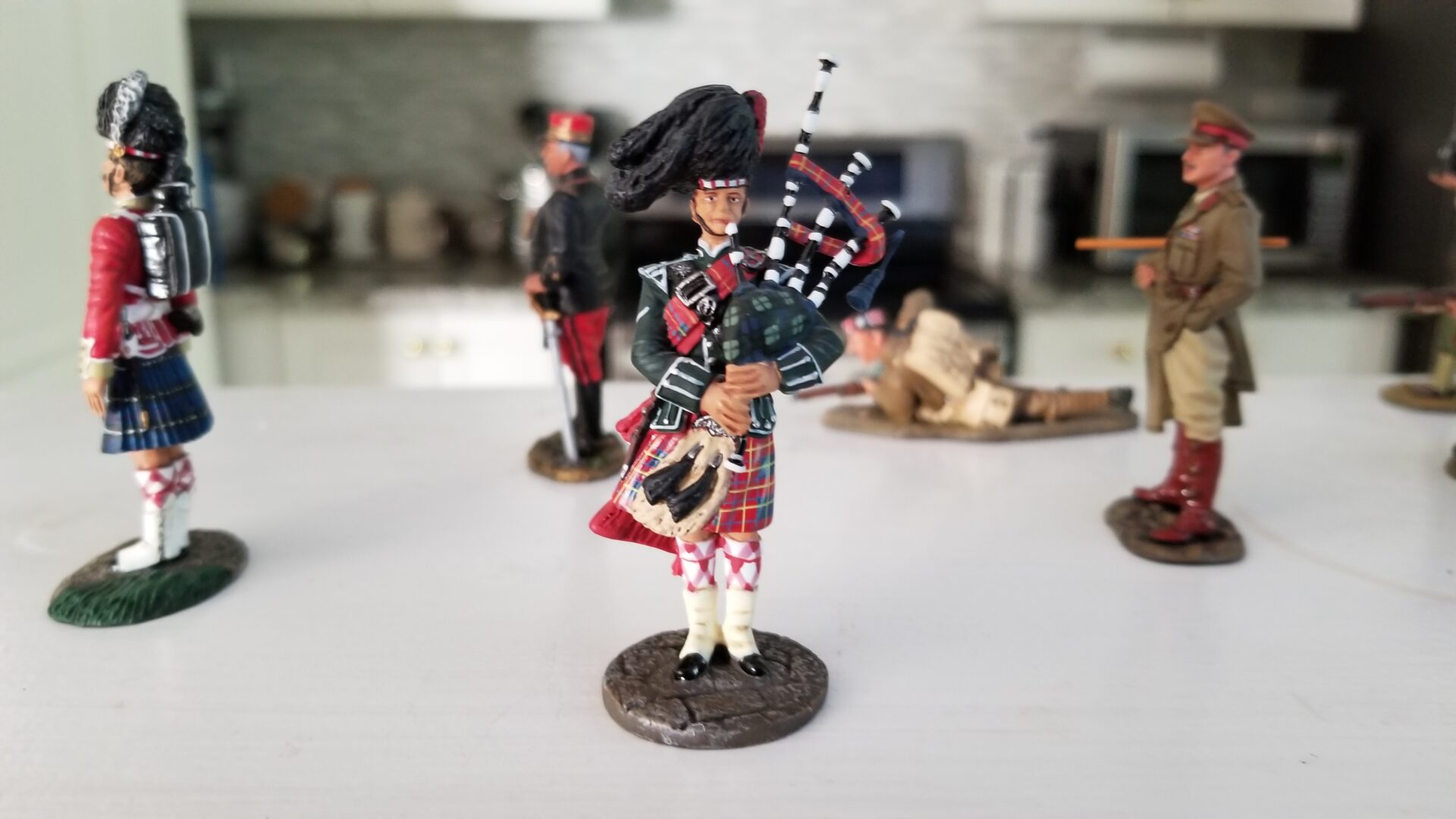 The main character – Oleg Sokruto is rightfully considered one of the most famous collectors of tin soldiers not only in Canada, but also in the world. Oleg was born in the city of Leningrad now Sankt-Petersburg. “The city was regarded as a cultural capital of Soviet Union. In 1962 there was a 150 anniversary of the War of 1812 and the famous movie by Serguei Bondarchuk after Tolstoy’s “War and Peace” was in production.”- says Oleg.  “I saw images from the movie on the post envelope and could not have stopped asking my parents what it is, what is the movie about, why there are so many colourful soldiers on the pictures, how can get the book. From this time I have started the long way to my dream. Toy soldiers were always in my life but my dreams and love belonged to a little flat figure. In the 17 century some Nuremberg pewterers have made few tin figures as toys for their own kids. But very soon this figures became popular outside Nuremberg and eventually found their way to other countries. Flat figure became a popular and cheap toy, There was an enormous variety of subjects on the market, they were used not only like toys but also for dioramas and finally they became collectible. My work in the Hermitage Museum, which I entered in 1988 and changes in the country, expand of my foreign contact with German, English and French collectors led to me idea to create my own figures”.

Watch this amazing episode and learn more about the world of tin soldiers and their true fans.