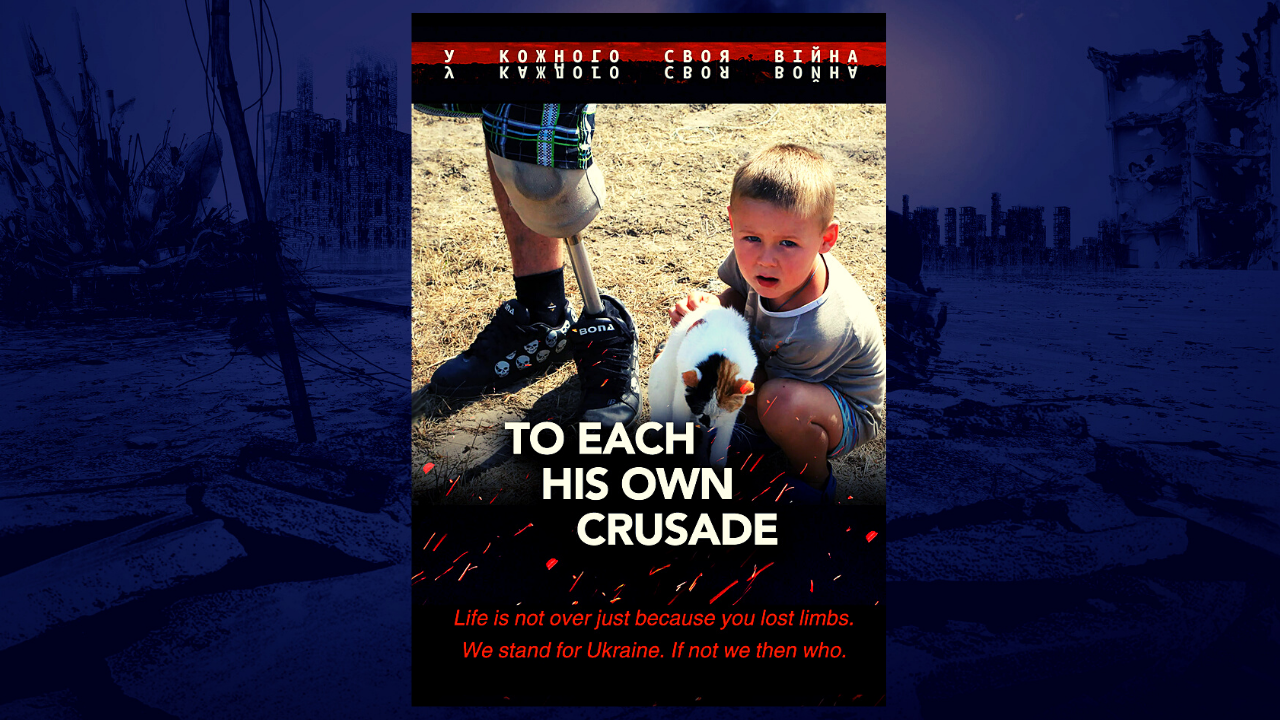 To Each His Own Crusade 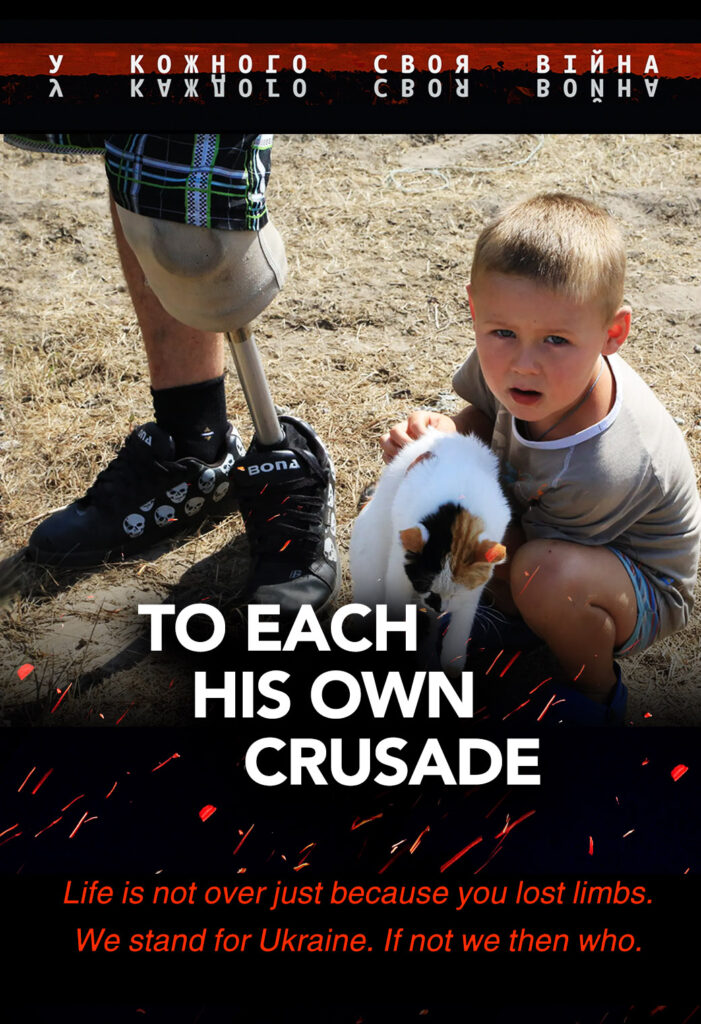 When the film Director Olga Antimony and the film crew were working on To Each His Own Crusade documentary nobody could have imagined how relevant it would become in Spring 2022. To Each His Own Crusade is a documentary about Ukraine War Amps and hundreds of caring people around the world who support disabled Ukrainian war veterans. Russian annexation of Crimea and the fighting that broke out in the Eastern Ukraine resulted in a massive loss of human life, thousands of dead, tens of thousands of wounded and maimed.

Ukraine War Amps is a worldwide, multi-national grassroots community that assists Ukrainian soldiers and patriots that have been maimed or injured in the ongoing armed conflict. Many compassionate people across the world participate in UWA fundraising and the documentary is about all of them: about those who support disabled veterans in Ukraine and about the veterans themselves. Watch the trailer below!